This adventure is all about the highest mountain in Europe, Mt. Elbrus, with an altitude 5642m. Elbrus is a sleeping stratovolcano, located in the European part of Russia. You find this mighty mountain in the Caucasus-mountains, on the border to Georgia. Elbrus has two different peaks where the west peak is the highest, and the one I’m aiming for. My adventure began in Moscow, and goes like this:

When I woke up in Moscow, I didn’t know what to expect of the city. In the capital of Russia, you find old, gorgeous and enormous buildings. The people are kind, warm and helpful and the only difficulty I encountered was the language. I think this only gives a more joyful way of meeting new people, when you have to be creative to be able to communicate. During my day in Moscow I got to see the Red Square, Kremlin and the iconic Saint Basil’s Cathedral. Several of these sites are listed in UNESCO’s World Heritage list. The capital was filled with joy and excitement with so many different nationalities due to the world championship in football. People where singing their national songs in the streets, cheering for their country.

After a day of sightseeing in Moscow it was time to move towards the mountains. From the capital, I flew to Mineralnye Vody. From this location, I got picked up with my guide from Pilgrim Tours and drove 4 hours to a city called Cheget, situated in the lower path of Elbrus. During the road trip the I got to view some striking scenery’s out the window. When I reach Cheget, the hotel was in a forest with stunning surroundings of mountains covered in snow. I even had a breathtaking view just outside the window from my room. I was so stoked to be here!

During breakfast at the hotel I finally got to meet the rest of my team. The team was a great mix of nationalities where USA, France, Vietnam and Norway was present. After breakfast, we headed out for an acclimatization hike to Cheget Mountain with an altitude of 3100m above sea level. To get to the mountain we used chairlifts, and I’m sure they have been used since the Soviet Union. While upon Cheget mountain I got this wonderful view of the mountain range, there were peaks everywhere. It’s illegal to summit Cheget mountain due to heavy security and armed guards because of the borderline to Georgia.

After our first day of hiking I felt great, I was ready to head to the slopes of Mt. Elbrus. We had a short brief and an equipment check before we drove to the foot of the mountain. On the foot of the mountain there are lifts that takes you up on the mountain. In total, there is three lifts that takes you to an elevation of 3800m, where the huts are positioned. These huts work as a base camp. We enjoyed a lunch with a staggering view before we were starting to hike to higher altitude, to prepare for even greater altitude. From the huts, we hiked up to Pastukhov rocks, 4800m above sea level. This hike is tough climb, climbing 1000m into thin air and the skies. There is in fact some rules you should follow when climbing in high elevation. It’s always best to climb high and sleep low, because this will give a boost of red blood cells so you can keep up with the altitude. However, you should never sleep higher then 600 to 700 meters higher from where you slept the night before. I found this acclimatization a bit of a struggle and way to quick. When I returned I could feel the headache. Luckily for me this headache past away during the night.

Sleeping in a hut or a container filled with 7 other people is not that easy. It was difficult for me to fall asleep due to the altitude. In higher altitude, your heartrate increases to help the body to adapt to the lack of oxygen. When I woke up I knew we were supposed to have a rest day. I had a great time and found the relaxing day very useful. During the day, I learned and practiced self-arrest. Self-arrest is a technique employed in mountaineering, in which a climber has fallen and is sliding down a snow or ice-covered slope arrest the slides by themselves with the use of a glacier axe. This is an important skill to know if you fall or slide because the slope is steep and it’s a long way down. When we finished the practice, we got served dinner and an update on our summit attempt. We got the latest update on the weather and the forecast was not looking good. It was forecasted thunderstorms and strong winds. Nevertheless, we made the decision to push for the summit during the peaceful night.

I found my sleeping bag and gave my body a last rest. During the four hours of resting, I listen to the thunderstorm outside. The thunderstorm was powerful and you could hear the power of wheatear. I didn’t sleep the last hours before my summit attempt, only lising to the thunder and luckily it went by around 22.00. I got dressed at 22.30, finding all my equipment such as crampons, glacier axe and head torch before I headed over to the eating container. Our schedule was to start climbing from the huts at midnight. The summit push is a real struggle and one of the toughest summit push of the seven summits. You need to climb 1800m in elevation from the huts to reach the summit. I was climbing with two other persons, the rest of my group took the snowcat, and drove up to Pastukhov rocks 4800m. During the hours from midnight I witnessed several people driving up the mountain, but I didn’t get the point of driving up. I was here to climb a mountain, not drive up a mountain.

Four hours into to climb we reached Pastukhov rocks. At this location, we meet up with the rest of my group. I could feel the excitement from my group, everyone with the same ambitions, to reach the highest point in Europe. From Pastukhov rocks the climb continued to the Saddle, located at 5300m above sea level. The wheatear was perfect, the sun was shining and there was almost no wind at all. This made us so happy that we had to dance for a short time in the higher slopes of Elbrus!

From the Saddle, we spent three more hours of climbing. During this period, the wheatear turned quickly and we found our self in a snow blizzard and a complete white-out. We climb in fixed ropes making it possible to continue towards the summit. The wind was cold, and I became covered with snow and ice crystals.

After 11 demanding hours of climbing in thin air I finally reached the highest point in Europe, the summit of Mt. Elbrus 5642 meter above sea level. I felt proud, happy and relieved to reach the summit. I only got to spend 10 minutes at the summit, but I didn’t have any view due to the snow blizzard and it was a dangerous place to be. It was time to get out of the snow blizzard and down to thick air. During the ascent, it was only me and my new French friend who climb all the way down to the huts. In total the climb took 15 hours but it was all worth it. The people, the views, the feeling of accomplish the highest mountain in Europe made the climb memorable.

Thank you for taking a part of my adventure towards Elbrus, the highest mountain in Europe. I hope I managed to inspire you to get out in the wilderness to experience new feelings. Bring your friends for an adventure to create everlasting memories. If you enjoyed this adventure, feel free to follow my future expeditions and adventures.

This site uses Akismet to reduce spam. Learn how your comment data is processed.

Hike & Adventure Become inspired to discover your surroundings whether these are mountains, coasts or deserts, you could always make it an adventure. 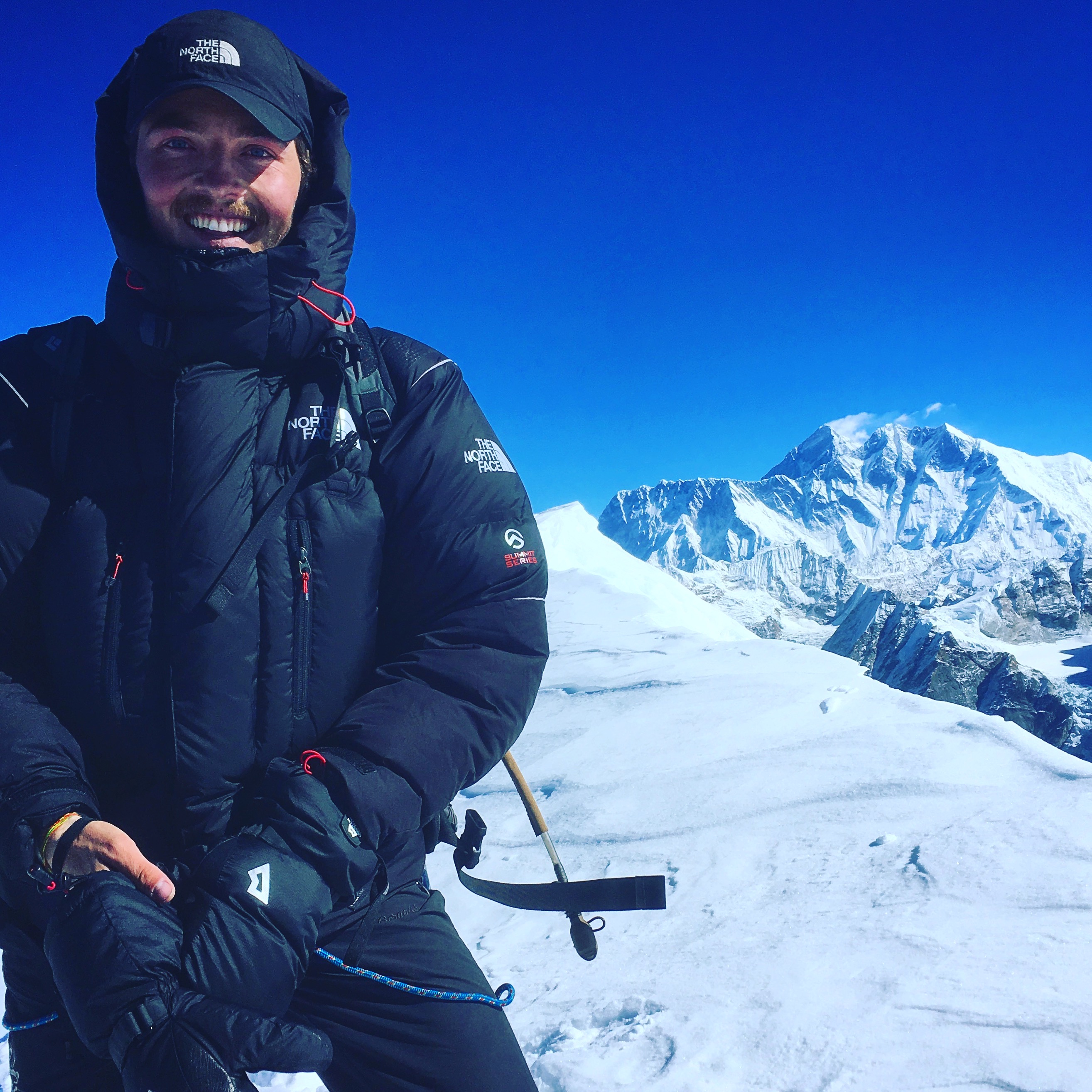